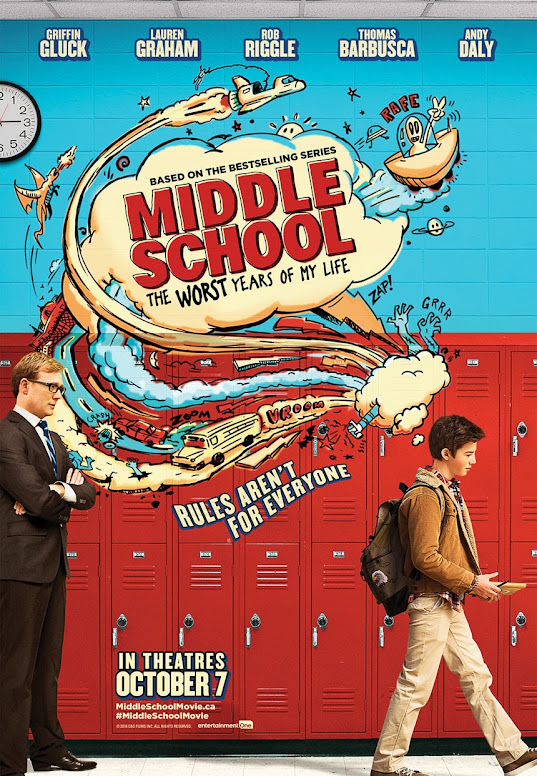 Middle School: The Worst Years of My Life
(CBS Films)
2016

A quiet teenage artist Rafe Katchadorian has a wild imagination and is sick of middle school and the rules that have been put before him. Rafe and his best friend Leo have come up with a plan: break every rule in the school hand book and as you expect trouble follows.