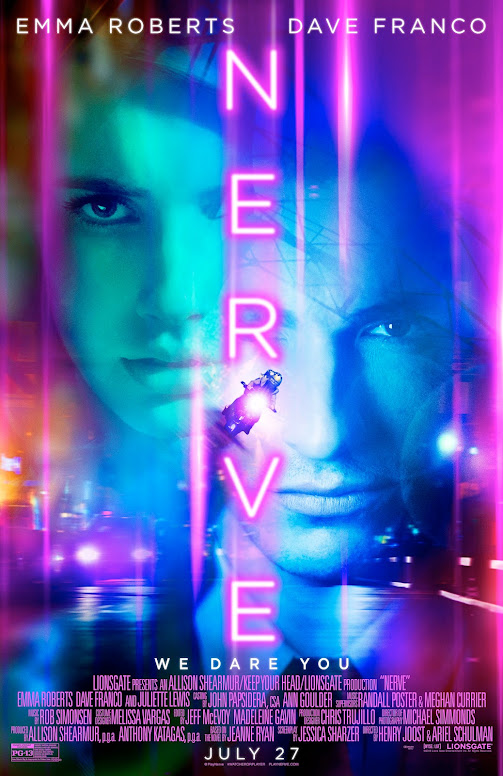 Nerve is an American teen techno-thriller film directed by Henry Joost and Ariel Schulman, and written by Jessica Sharzer, based on the 2012 novel of the same name. The film stars Emma Roberts, Dave Franco and Juliette Lewis, and revolves around an online objective truth or dare video game called Nerve that people can enlist as "players" or "watchers" as the game intensifies.

A high school senior finds herself immersed in an online game of truth or dare, where her every move starts to become manipulated by an anonymous community of "watchers."