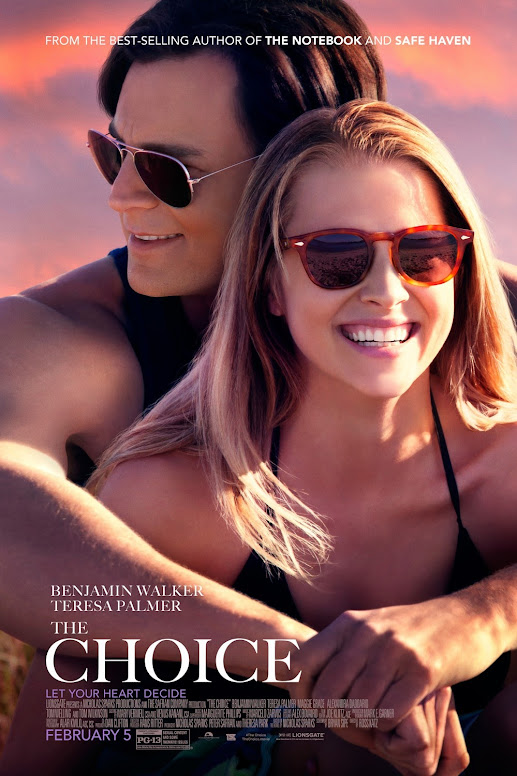 The Choice is a 2016 American romantic drama film directed by Ross Katz and written by Bryan Sipe, based on Nicholas Sparks' 2007 novel of the same name about two neighbors who fall in love at their first meeting. The movie stars Benjamin Walker, Teresa Palmer, Maggie Grace, Alexandra Daddario, Tom Welling and Tom Wilkinson.

Travis and Gabby first meet as neighbors in a small coastal town and wind up in a relationship that is tested by life's most defining events.