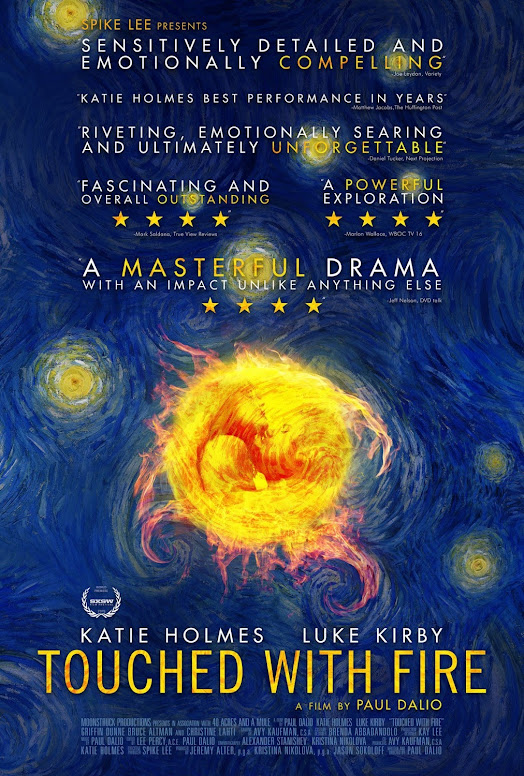 Touched with Fire is a 2015 American drama film directed and written by Paul Dalio. The film stars Katie Holmes, Luke Kirby, Christine Lahti, Griffin Dunne and Bruce Altman. The film is about two bipolar poets who meet in a psychiatric hospital and fall in love. The film was released on February 12, 2016, by Roadside Attractions.

Two bipolar patients meet in a psychiatric hospital and begin a romance that brings out all of the beauty and horror of their condition.