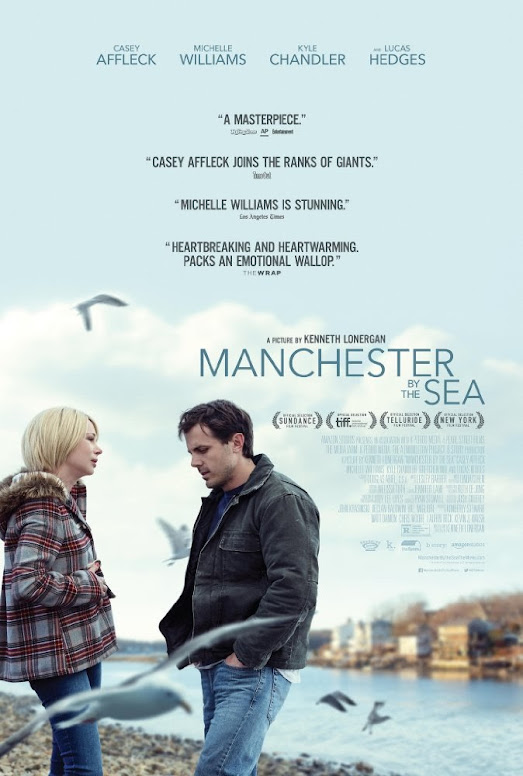 Manchester By The Sea
(Roadside Attractions)
2016

Manchester by the Sea is an American drama film directed and written by Kenneth Lonergan. The film stars Casey Affleck, Michelle Williams and Kyle Chandler. Lee Chandler is made a legal guardian of his dead brother's son and returns to his hometown to care for the teenage boy.

After the sudden death of Joe Chandler, his younger brother Lee is made legal guardian of his son. Lee returns to his hometown and has to deal with both his separated wife Randi and the community of North Shore.