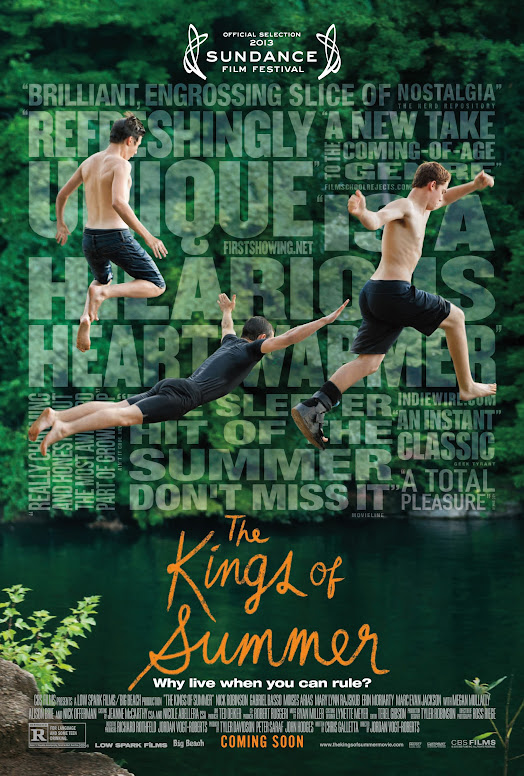 The Kings of Summer is an American independent coming-of-age comedy-drama film that premiered at the 2013 Sundance Film Festival. It stars Nick Robinson, Moisés Arias, Gabriel Basso, and Nick Offerman.

Three teenage friends, in the ultimate act of independence, decide to spend their summer building a house in the woods and living off the land.