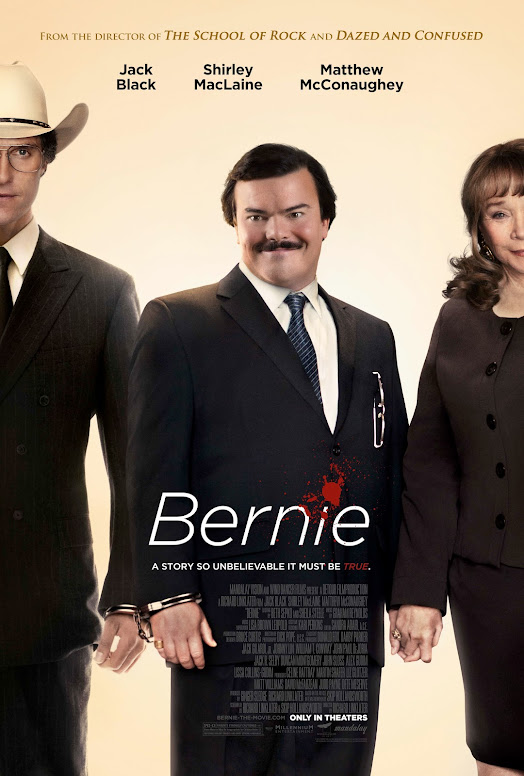 Bernie is a 2011 American black comedy film directed by Richard Linklater, and written by Linklater and Skip Hollandsworth. The film stars Jack Black, Shirley MacLaine and Matthew McConaughey. It is based on a 1998 Texas Monthly magazine article by Hollandsworth, "Midnight in the Garden of East Texas," that chronicles the 1996 murder of 80-year-old millionaire Marjorie Nugent in Carthage, Texas by her 39-year-old companion,[6] Bernhardt "Bernie" Tiede. Tiede proved so highly regarded in Carthage that, in spite of having confessed to the police, the district attorney was eventually forced to request a rare prosecutorial change of venue in order to secure a fair trial.

In small-town Texas, an affable mortician strikes up a friendship with a wealthy widow, though when she starts to become controlling, he goes to great lengths to separate himself from her grasp.